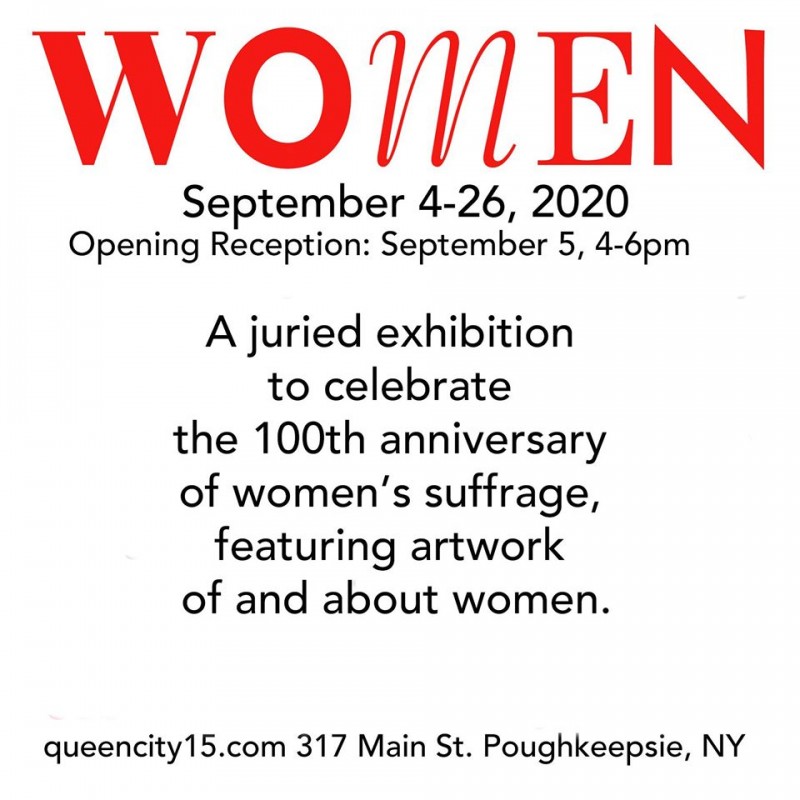 Queen City 15 Gallery presents “Women”, a group show with the participation of diverse Hudson Valley Artists.  “Women” is interpreted here with many ideas, beliefs and observations of what women’s roles are in our life and culture. In addition to these invited artists the standing members of Queen City 15 Gallery, an artist run gallery, will also interpret this theme in their work. The Gallery is proud to be part of a larger project called 'We Rise" that the City of Poughkeepsie is doing this September to mark the 100th anniversary of women gaining the right to vote in this country. This show features a very wide sampling of work from traditional media to found-object-assemblage, it includes work from artists of different genders and cultural backgrounds. Half of the planet is female and the other half is at least related by birth to a women which renders this subject fundamentally relevant to all humans. The exhibition will run from September 4-26, with the artists reception being held on Saturday September 5, 4-6pm. The gallery is also open by appointment.