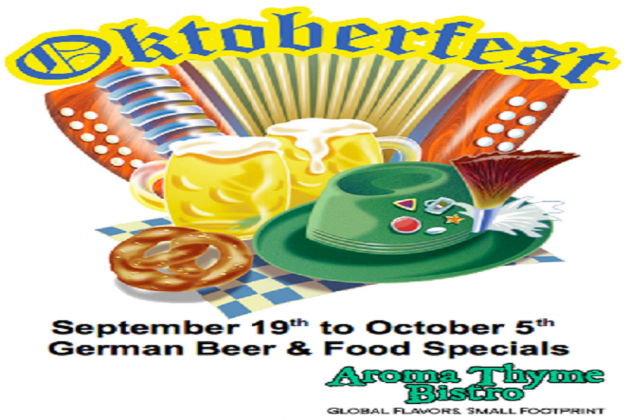 What: Oktoberfest 2015 in the Hudson Valley

Oktoberfest - In September?
Oktoberfest traditionally starts in the third weekend in September and ends the first sunday of October.
What is Oktoberfest?
It began with the Royal Wedding on 12 October 1810.

Crown Prince Ludwig, later to become King Ludwig I, was married to Princess Therese of Saxony-Hildburghausen on 12 October 1810. The citizens of Munich were invited to attend the festivities held on the fields in front of the city gates to celebrate the happy royal event. The fields were renamed Theresienwiese ("Theres'a Fields") to honor the Crown Princess, although the locals have since abbreviated the name simply to "Wiesn". Horse races in the presence of the royal family marked the close of the event that was celebrated as a festival for the whole of Bavaria. The decision to repeat the horse races in subsequest years gave rise to the tradition of Oktoberfest.
The Oktoberfest continues in 1811
In 1811, an added feature to the horse races was the first Agricultural Show, designed to boost Bavarian agriculture. The horse races, which were the oldest - and at one time - the most popular event of the festival are no longer held today. But the Agricultural Show is still held every three years during the Oktoberfest on the southern part of the festival grounds.