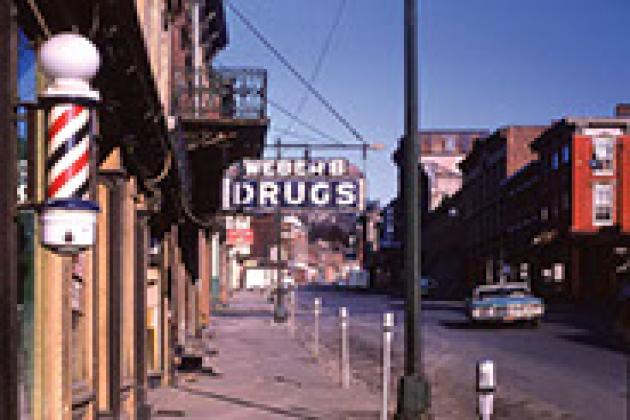 Near Premiere of Lost Rondout: A Story of Urban Removal, a film about an urban renewal project in Kingston’s historic downtown

Based on hundreds of slides taken by Eugene Dauner as well as images by other photographers and archival film footage, this hour-long film by Stephen Blauweiss and Lynn Woods commemorates the once-vibrant community that was wiped out when hundreds of buildings were demolished in a federally funded urban renewal program. The film chronicles the devastating impact on the displaced people and the unfulfilled promises of urban renewal as well as the abandoned area’s slow recovery and the troubled legacy of urban renewal today. Premiering at these two screenings of the nearly finished film are the new title song and original soundtrack by Peter Wetzler.