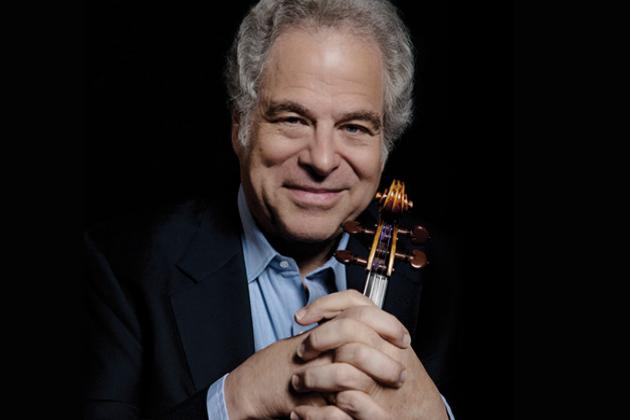 The reigning virtuoso of the violin, Itzhak Perlman enjoys superstar status rarely afforded a classical musician. He was granted a Kennedy Center Honor in 2003, performed at the White House, most recently in 2012 at the invitation of President and Mrs. Obama, for Israeli President and Presidential Medal of Freedom honoree Shimon Peres; and in 2007 at a state dinner hosted by President George W. Bush and Mrs. Bush, for Her Majesty The Queen and His Royal Highness The Duke of Edinburgh.

The 2015-16 season commemorates Itzhak Perlman’s 70th birthday with three album releases and worldwide concert tours. His recordings have garnered 16 GRAMMY® Awards. A major presence in the performing arts on TV, Mr. Perlman has been honored with four Emmy Awards. Mr. Perlman currently holds the Dorothy Richard Starling Foundation Chair at the Juilliard School. Harvard, Yale, Brandeis, Roosevelt, Yeshiva and Hebrew universities are among the institutions that have awarded him honorary degrees. President Reagan honored Mr. Perlman with a “Medal of Liberty” in 1986, and in December 2000, President Clinton awarded Mr. Perlman the “National Medal of Arts.”

Mr. Perlman will be accompanied by pianist Rohan De Silva.