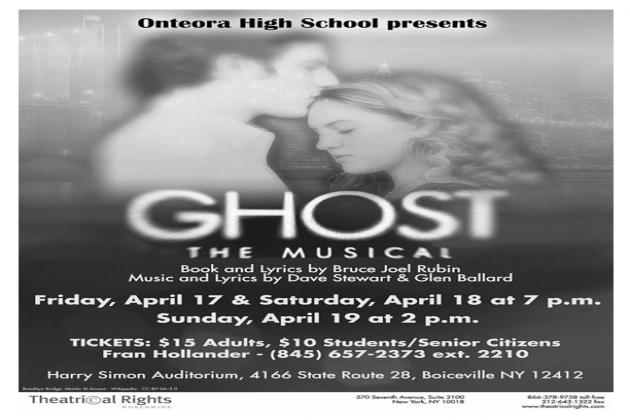 Onteora High School/Middle School’s production of Ghost the Musical will be lighting up Harry Simon Auditorium for three performances from April 17 to April 19. Ghost the Musical is the stage musical adaption of the popular 1990 film, starring Demi Moore and Patrick Swayze, about a love so strong that it reaches beyond the grave... ARE YOU A BELIEVER?