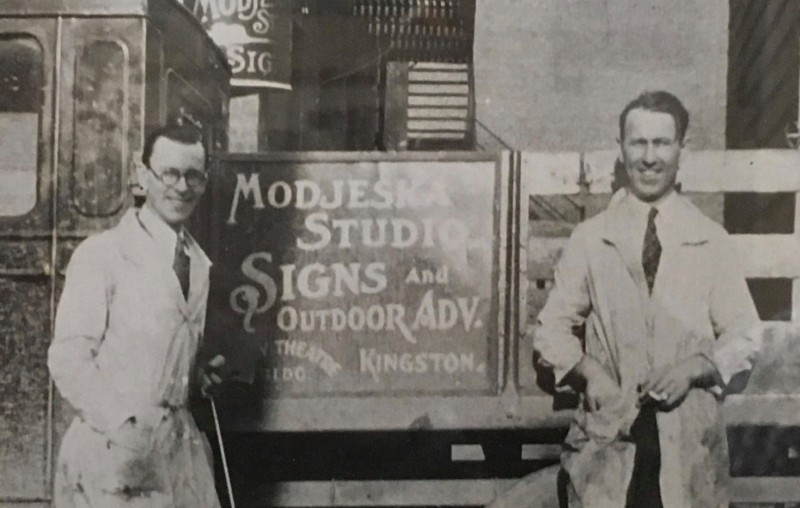 2022 Exhibition: Signs of the Times, The Modjeska Sign Studio, Kingston, New York
Open Fridays & Saturdays from 11am-4pm
The 2022 Museum Gallery exhibit “Signs of the Times: the Modjeska Sign Studios, Kingston New York” features the signs of many Kingston businesses from the 1920’s to the early 1970’s. Founded by Gus Modjeska, who grew up in Malden, the Studio produced storefront signs, wall advertising, billboards, truck lettering and neon signs which were found throughout Kingston and the mid-Hudson Valley. The company took photographs of their installations which provide a look at Kingston streets and their businesses during this time period. On display in the Museum will be original photo journals and memorabilia of the business, remarkable large black and white photo enlargements of signs, several neon signs from the 1950’s, and a video displaying many Modjeska signs through the years. This exhibit was made possible through the donation of many photo albums from Carl Modjeska, the son of Gus Modjeska, who worked at the sign studio. Cynde Modjeska, Carl’s daughter, has been helpful in this process and has loaned signs for the exhibit. The exhibit is sponsored by Timely Signs of Kingston.
Donations are welcome