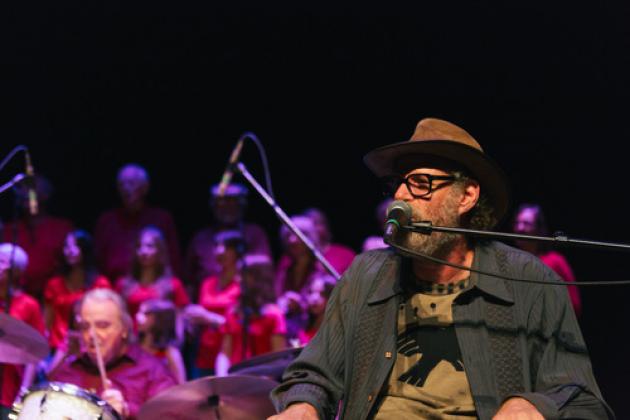 Professor Louie will lead his friends and fellow musicians John Platania and Miss Marie in a free afternoon of folk music and sing-alongs for all ages at Tannersville's Mountain Top Arboretum.

About Professor Louie: Aaron "Professor Louie" Hurwitz was tagged Professor Louie by The Band vocalist/bassist Rick Danko while performing together as a duo. Louie co-produced, engineered and performed on The Band's last three CD's, "Jericho", "High On The Hog" and "Jubilation". In the last four years, Louie traveled four times to Novosibirsk, Siberia, Russia where he taught students English through singing and performed with many musical groups there. A documentary of his experiences Woodstock-Siberia Blues Express was featured in the Woodstock Film Festival and The International Maine Film Festival. For the past few years, one week of the summer, Louie teaches and performs at Common Ground at McDaniel College in Westminster, Maryland.