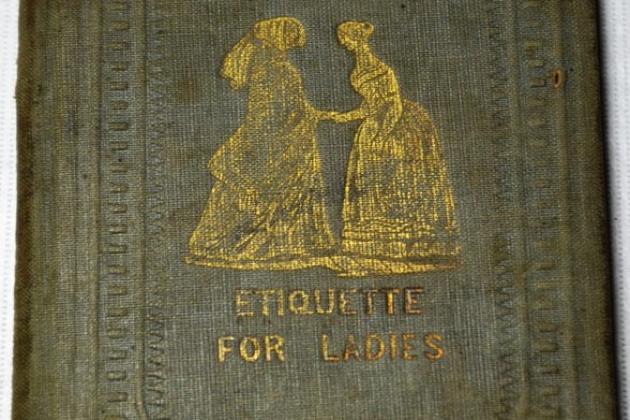 The Historic Huguenot Street Curatorial Department has developed a new exhibition which sheds light on American female culture during the Victorian Era (1837-1901). Beginning Saturday, September 12, “True Politeness”: The Daily Life of a Victorian Lady will be on display in the DuBois Fort Visitor Center (81 Huguenot Street), featuring a selection of quintessential household items and artistic tools.

As Queen Victoria introduced a new social order in Great Britain based upon ideals of piety and propriety, many Americans followed suit by adopting a concept referred to as the “cult of domesticity.” During this period of the 19th century, white middle to upper-class women focused on life within the home, as well as their outward appearances. A “true lady” not only presented herself as delicate and humble, but was also well-versed in social etiquette and various artistic endeavors (specifically music-making and painting). The objects within the exhibition reflect upon the impressively high standards that Victorian women were expected to uphold, and demonstrate the daily tasks with which they would concern themselves.

This exhibition is free and open to the public, September 12 through October 31. The DuBois Fort Visitor Center is open Mondays, Tuesdays, Thursdays and weekends, 10 am – 5 pm; and Fridays 10 am — 8 pm.