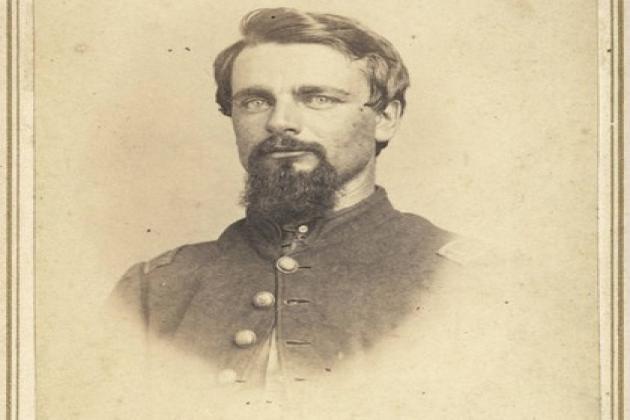 On September 26 at 4 pm in Deyo Hall (6 Broadhead Avenue, New Paltz), Historic Huguenot Street will host a performance of “New Paltz in the Civil War” based on the letters of Johannes LeFevre, his family members, and his friends from 1862 – 1864.

Originally performed at the Elting Memorial Library in September 2014, this performance features original letters, photos, and newspaper items from the Library’s Haviland-Heidgerd Historical Collection and the Historic Huguenot Street Collections. These documents provide a glimpse into the Civil War experience; as Johannes wrote to his dear friend Sol Dubois in January 1863, “I suppose you people around the Paltz are real inquisitive to know how we live ‘a way down south in Dixie.’”

Scripted and directed by New Paltz’s Anne Wandres, the production is performed by all local volunteers, with music arranged and performed by Shirley Hoffman Warren and Sherry Kitay. The readings will be performed by: Mark Grunblatt as Johannes LeFevre; Andrew Benedict as Peter LeFevre; Sherry Kitay as Jenny LeFevre, Ken Thompson as Sol Dubois, Pip (Mathias Euen), and Josiah LeFevre; and Al White as New Paltz Times editor Charles Ackert, A.M. Hasbrouck, and Dr. West. Cathy Agnew Steinbach of Batavia, IL - descendent of Louis DuBois, Abraham DuBois, and Christian Deyo - will play an antique flute before the performance and during intermission.

The performance includes two 45 minute acts and an intermission, during which cider and donuts will be available. Members $10, seniors and military $12, general admission $15.

Special thanks to the Haviland-Heidgerd Historical Collection at the Elting Memorial Library for making available original letters, photos, and newspaper items that compose the script.