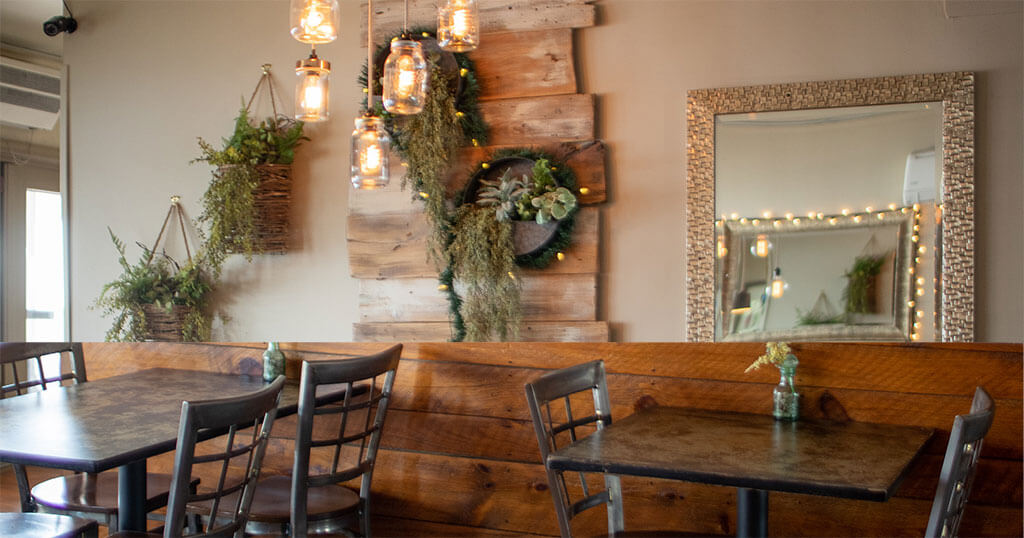 “Everything has to be fresh and from scratch—all my salsas are house-made.” – Richard Watt, owner

Street tacos, margaritas, live music, and the sparkle of sun on the water . . . nothing goes better with a bright summer afternoon than good, authentic Mexican food. “I want people to come here and feel like they’re on vacation, even if it’s only for a couple of hours,” says Richard Watt, chef/owner at Barrio Kitchen in White Lake. “It’s a whole other reality.”

Growing up in nearby Mountaindale, Richard learned to love cooking at his mom’s elbow. By the time he was five, he had mastered a few things on his own. “I was a hungry child and an early riser, and I’d be up and at it at dawn, making my oatmeal to eat while I watched Mr. Wizard and stuff,” he says. “I always felt comfortable in the kitchen.”

After high school, he spent four years in the Navy and then settled for a time in the Southwest where he found himself working restaurants in Arizona and California. In 2009, he came back to the Catskills and enrolled in the Culinary Arts program at SUNY Sullivan. “The instructors were great,” he says, “and being back home in a small town, I knew everyone. The instructor was a family friend.” 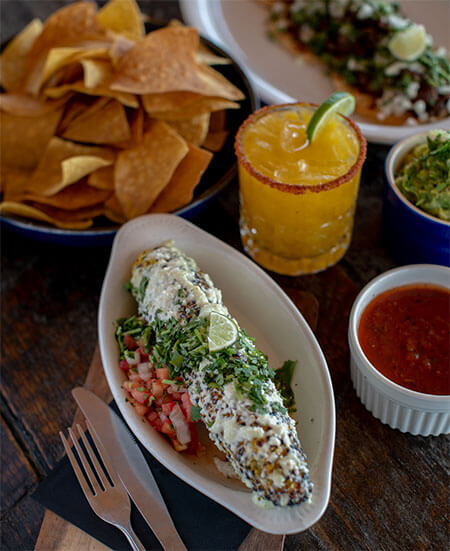 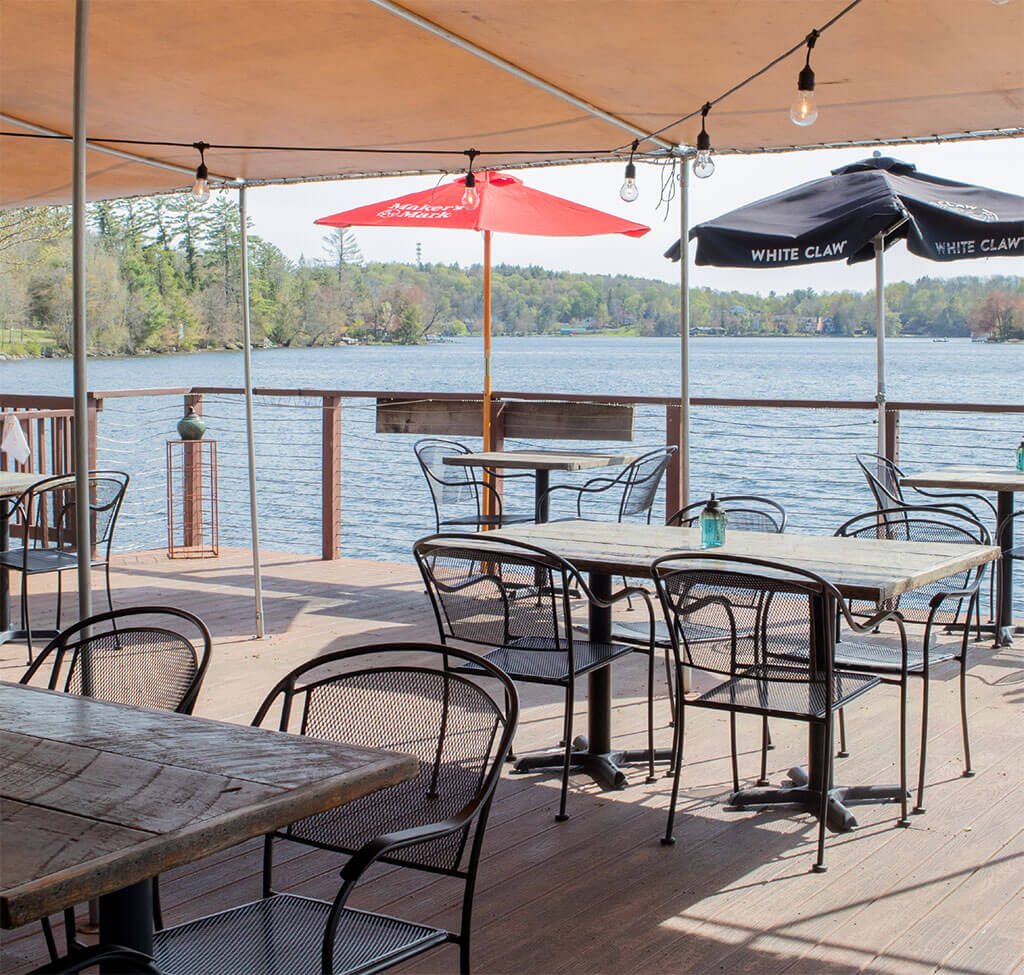 “Kauneonga Lake has always had that fun, mellow vacation-land vibe, and we have a big deck—actually the biggest one here—overlooking the lake, where you can watch the boaters and jet skiers play.”
–Richard Watt, owner

Richard teamed up with a fellow native, Kevin McElroy, to open the Local Table and Tap on Kauneonga Lake in 2013. Things went well, and when another lakeshore spot became available in 2015, Barrio Kitchen was born as the first full-service Mexican restaurant in the area.

“Our strategy was to look at the local market and try to do something fresh, fill a hole,” Richard says. “We were torn between Mexican and barbecue, and decided to go with Mexican. We’re both professionally trained, so it was a matter of research and trial and error, making batches of tacos until we were happy. Everything has to be fresh and from scratch—all my salsas are house-made and so on, and customers seem to really like it.”

“I want people to come here and feel like they’re on vacation, even if it’s only for a couple of hours.”
–Richard Watt, owner

In 2018, the partners decided to part ways professionally, and the restaurants continue to thrive in their prime lakeside locations. “Kauneonga Lake has always had that fun, mellow vacation-land vibe, and we have a big deck—actually the biggest one here—overlooking the lake, where you can watch the boaters and jet skiers play,” Richard says. “Plus, we’re two miles from Bethel Woods Center for the Arts, the Woodstock Festival site. Our building is actually in some of the historic photos—it was Newman’s Pharmacy in 1969. For the 50th anniversary, we had an eight-piece ensemble on the deck playing all that good old Woodstock music, and everybody had a blast.”

Live music at the Barrio, or Barrio’s—“I don’t care what they call it as long as they keep coming back,” Richard jokes—is a steady, eclectic stream that includes rock, jazz, reggae, piano, or pretty much “whoever’s willing to come on out and is good at whatever their thing is.” It blends perfectly with the tasty dishes—current hits include pupusas made with local corn flour and elote, grilled Mexican street corn. “We make it with garlic aioli, Mexican cheese, cilantro, and lime,” says Richard, “and it’s just delicious, fresh, and summery. And we’re rolling out a really nice cocktail menu; we have a new bartender who’s a genius with margaritas and with all kinds of Sangrias, and I hope people will come give that a try. I think they’ll love it. It just goes really well with that feeling of shedding your worries and being transported.” 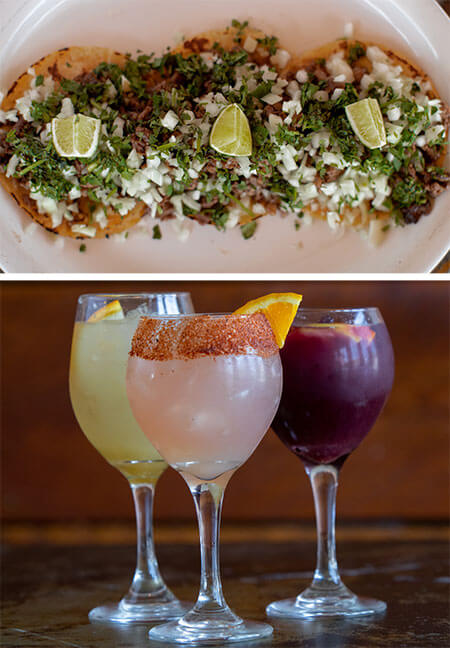 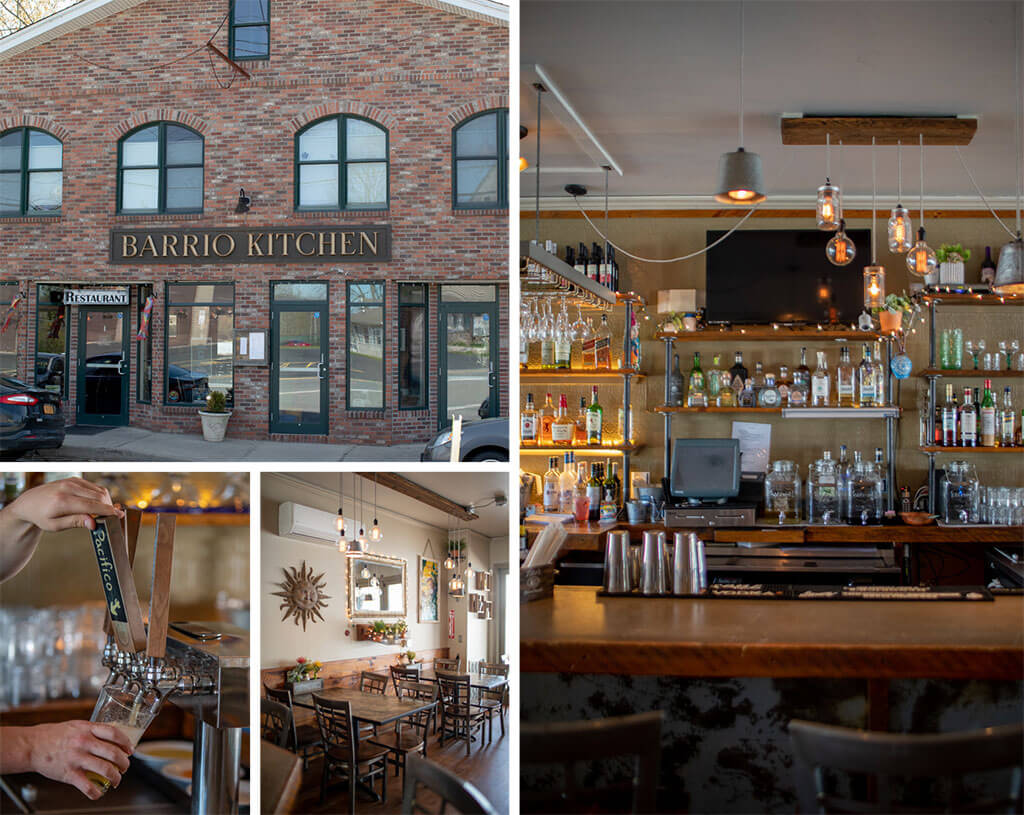 Live music at the Barrio . . . is a steady, eclectic stream that includes rock, jazz, reggae, piano.

Nowadays, Richard still cooks first thing in the morning—for himself and his three-year-old son, who’s inherited the early rising gene. “We try not to disturb Mommy,” he says. “And work is fun; the restaurant industry is an animal to take on, and you have to have fun with it. If you don’t, you won’t make it. Right now, this is working great, so it’ll stay Barrio Kitchen.

“The fun part of having my own place is, if I decide something else would be more fun, I can reinvent it at the drop of a hat. But fresh, hot homemade food—that part will never change, you have to stick to that standard. And people are always going to be drawn to the water.”